Con Fullam grew up in Sydney, Maine, a small town where there were more cows than people. He was first inspired by music after his father passed away, leaving him a ukulele. Teaching himself to play the instrument, and subsequently the guitar, became Con’s salvation. Soon he was on a path to create more music, music that in turn could be used to spread a broader message—a message of peace. For twenty years, Con traveled the road from New York to Nashville, performing and writing with his folk band. After he adopted his children, he decided the road wasn’t going to be as friendly, so he moved back to Maine to produce music.

But how did a folk singer turn into a children’s book author? Where did the idea for the Wompkees first blossom? It was one in the morning when Con and his wife were struggling through a song, waiting for inspiration to strike.

“For some reason there was a rhyme issue and I came up with Wompkee. I have no idea why. Then we thought about it for a while; maybe it sounded like a sort of creature. Then we started thinking about what that creature would look like, what it would sound like, and why it would be.”

The song ended up going nowhere, but Con was set; the Wompkees were born. After the idea was fleshed out Con called Mary Meyer, a toy company in Maine. The owner answered the call and, intrigued by the idea, agreed to create a plush toy. At the time Con worked in television, and in 1994, he and partner Maura Clarke premiered the Wompkees as a puppet show on local television. A licensing agreement that included plush toys, books, audiotapes and an annual appearance in the Macy’s Thanksgiving Day Parade. Twig (the littlest Wompkee and Con’s favorite) has appeared in the parade for the past 23 years. To date, the Wompkees have starred in two full-length movies, A Very Wompkee Christmas and Hidden Treasure of Wompkee Wood.

The Wompkees are very special creatures, capable of communicating with all the different creatures in Wompkee Wood. Their fun-loving nature and insatiable curiosity are reminiscent of the children they hope to inspire.

“In some respect,” Con says, “if you put all the Wompkees together you get a kid.”

Con once mentioned that he attended a “school full of underachievers,” himself included, a designation hard to believe considering all his successes. Not only was he a writer for MCA, RCA, Warner Bros, and Chapel, he has also been nominated for four Emmys. If someone had told an eighteen-year-old Con this was his destiny, he “would have laughed it off.”

“I’ve been very fortunate and I am very grateful for that,” he says. “Over time, successes come from not allowing others to direct you. If you wait for someone else’s permission to get something done, you’ll wait a really long time. It’s really creating a lot of luck, as well as having a lot of luck.”

With all the luck Con has had, I wondered what he would say to people trying to create a little luck for themselves. What would he say if he had the ear of the world for just a moment?

As the conductor of the Pihcinto Girl’s Chorus, Con is doing just that.

“Fourteen years ago, a friend of mine was the executive director of Kathy Charities in Maine, a huge player in welcoming refugees and immigrants into this country. I didn’t realize the scope or sheer number of different nationalities that were being represented in Portland, Maine, before I spoke to her. I realized that basically when you come to a new country, the first thing you lose is your voice. So I formed a chorus with the idea of giving girls their voices back. Pihcintu Girl’s Chorus got its name from the Passamaquoddy word meaning, When she sings, her voice carries far.”

The chorus, made up of 32 girls from 19 different countries, sings songs of peace and unity, songs many of them learn phonetically as they learn English for the first time. They have performed on the Today Show and Voice of America, on the NPR and Al Jazeera networks, and at the White House, the United Nations, and the Kennedy Center.

Truly, Con Fullom is an inspiring individual whose work reaches the hearts and minds of both young and old. Children’s books can often be overlooked as great works of literature, for their simplicity is meant to reach still developing minds. But the stories our children read are often filled with wondrous messages, messages of peace and empowerment. The Wompkees, fantastical creatures who have the power to communicate with all manner of creatures, are a delightful reflection of the goals of the man who created them. 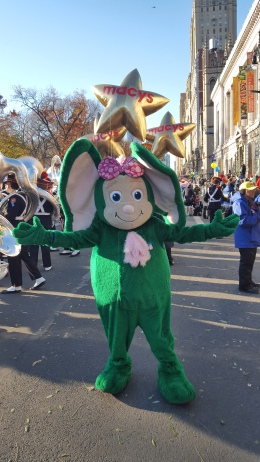 Twig, the littlest Wompkee in Wompkee Wood, just made her 24th appearance in the Macy’s Thanksgiving Day Parade! She is currently the longest appearing character at the parade and was so excited to walk the parade once again. Congratulations Twig!

Stay tuned for an upcoming interview with Con Fullam, creator of the Wompkees!

We are so excited to share with you the release of Rosemary Potatoes & Her Three Bears, an enchanting new series from Terry and Kim Hagerty that follows young Rosemary and her best friends Brenda, Billie, and Brutus.

Rosemary Potatoes & Her Three Bears takes young readers on the charming adventures of an imaginative little girl and her three stuffed bears. To Rosemary, Brenda, Billie and Brutus are very real (perhaps even more than she knows), and together they learn more and more about themselves and how to get along with others. 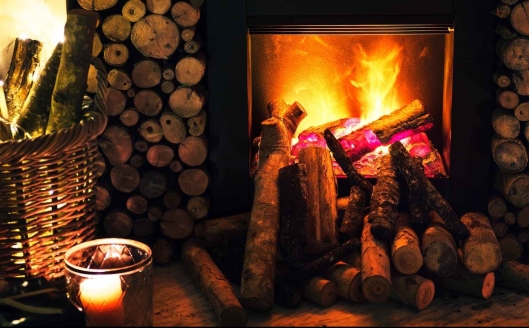 What a wonderful time of year to come together with friends and family. Here at Red Sky, we are extremely thankful for all of our magnificent authors and the wondrous stories they spin. We are also thankful for our dedicated readers, without whom our stories would remain silent. Wishing you warmth and happiness; Happy Thanksgiving! 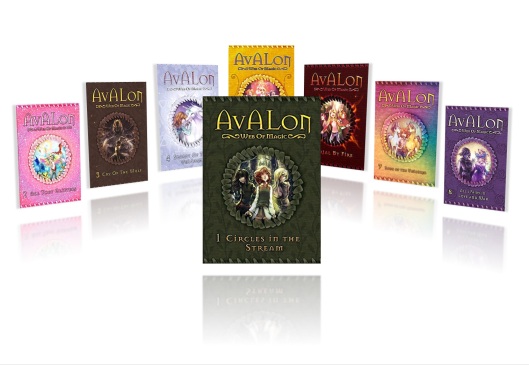 It seems like only yesterday we were relaxing in the warm summer sun, but now winter has officially arrived! This cool weather calls for cozying up by the fire, clutching warm mugs of hot cocoa in hand, and cocooning ourselves in the softest blankets. With the holidays fast approaching — and many days off from work and school — what better time than now to start a new series! Red Sky Presents has the first eight books of Avalon Web of Magic available on Amazon. Follow the adventures of Emily, Adrienne, and Kara as they work together with the magical creatures of Aldenmor to fight against the Dark Sorceress. This magical series tells of the power of friendship and trust, while dappling its pages with exciting twists and turns that will keep you coming back for more! The final four books of the series will soon be released, so stay tuned! 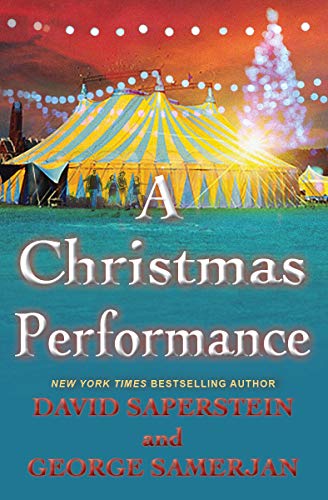 Loved getting to know George Samerjan in our latest interview? Well, we have exciting news! The latest in George Samerjan and David Saperstein Christmas books has just arrived — A Christmas Performance is now available on Amazon! Be sure to grab this book before the start of the holiday season and a couple others as we continue our November sale. All e-books on Amazon are now $2.99!

George was kind enough to share photos of the charming dollhouse he built for his neighbor’s granddaughter for Christmas. It takes a lot of time and care to craft something as wonderfully whimsical as a doll’s house, but seeing the joy on a child’s face upon receiving such an object makes it all worth it. 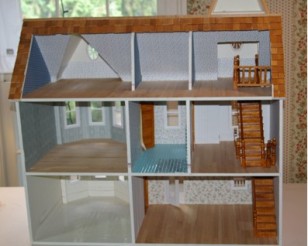 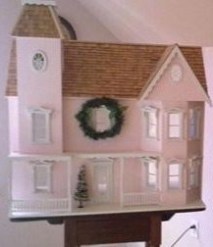