Join the fun as ‘Aussie’ Swamp Wallaby and friends set out to find the EXTREME Outback Challenge!

Can a wallaby who’s never really surfed before conquer the biggest wave of all???

An EXTREMELY fun book for kids of all ages!

Join the fun as ‘Aussie’ Swamp Wallaby and friends set out to find the EXTREME Outback Challenge! Can Wallaby find the Secret Beach and surf the Giant Fist Monster Wave??? And how can a wallaby who’s never really surfed before conquer the biggest wave of all??? An EXTREMELY fun book for kids of all ages!

Enjoy the Wonders of Winter 🙂

WANT TO READ ABOUT THE ADVENTURES OF MISS JADE AND BRITT THE KIT, JUST CLICK HERE TO PURCHASE… 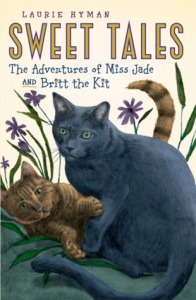 Mirror Mirror, Book One of The Fat Fairy Tales… a new take on Snow White — complete with an attempted Mob Hit, a traveling Burlesque Show… and an oh-so-cute Rock Star!

Waddley Sees the World: Off the Wall in China

Join Waddley, the adventurous Macaroni penguin, on his next adventure as he visits the magical country of China.

Along with his new friends Lexi and Sam, Waddley travels by everything from boat to bullet train to explore the home of the Giant Panda, waterways with beautiful pagodas and Dragon Boat races, the Gobi desert with its mysterious caves, and even tropical forests.

A Marvelous and Educational Adventure Full of Fun Surprises! 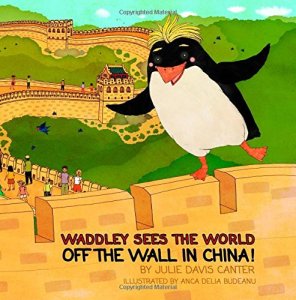 We are Very Happy to Share our Kirkus Review with You!
Thanks to authors Charlene Keel and Arie Pavlou for writing such a
“spicy outing that should feed readers’ hunger for romance.”

The beautiful wife of a would-be congressman falls for a sexy chef in this steamy debut novel.

On the surface, Eden Bancroft seems the perfect political wife. Attractive and intelligent, she’s a key part of her husband’s plan to win election to Congress. But a perfect exterior conceals a deeply dysfunctional marriage. After more than a decade together, Eden, a master sommelier, has fallen out of love with the dimwitted, selfish, and arrogant Mitchell, if she was ever really in love with him to begin with. Despite her growing disillusionment, Eden’s commitment to her three children and her financial dependence on her husband (and his wealthy mother) holds the marriage together. She hopes, at the very least, that if Mitchell wins a seat in the House of Representatives that her new duties “might add some zest to her life.” That is, until she meets the handsome chef Kaleb Stavros, for whom she feels a passion she never experienced for her husband. The two begin a clandestine romance. Mitchell, a smarmy, despicable jerk (he’s guilty of marital rape, among many other sins), remains oblivious to the affair but makes it clear he’ll do whatever is necessary to tame his restless wife and win the election. Readers should sympathize with Eden’s struggle to balance her overwhelming desire for Kaleb with the pressure to do what is right for her children. At times, however, it would be nice if she had a bit more agency. She initially embraces Mitchell to get out of a tough financial spot, and then relies on Kaleb to rescue her from a terrible marriage. But watching her fall deeply in love for the first time is enjoyable, and readers should get a vicarious thrill from the couple’s jaunts to Paris, Jamaica, Cyprus, and Jackson Hole. Foodies should also savor the mouthwatering descriptions of the delicious meals and fine wines that are served over the course of the book (at a dinner in Paris, “she had Boeuf Bourguignon and he had kidneys simmered in a delicate wine sauce”). The election night denouement strains credulity, but it remains a minor misstep in an otherwise enjoyable tale.

A spicy outing that should feed readers’ hunger for romance.

You can visit Kirkus Reviews by clicking here. 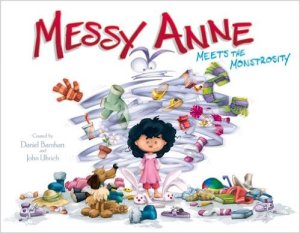 You did all of this for your daughter?

D: I did it for everyone, but yes, my daughter was the “inciting incident” so to speak.

How did your daughter bring this about?

D: Both my wife and I were professional actors. We’d worked a lot with young people. We’d both done some teaching. We just felt that when the time came for children that we wanted to adopt because there were so many children in need of just love and acceptance. And after doing some research, we decided that it was important to adopt a girl.

Because of the media pressure on women?

D: To some extent, yes. But we also chose to adopt from another country. Our country has horrible adoption policies (for the child/family) unless you are very rich. But there are places in the world where women still don’t have rights. Where they can’t own property. Where they ARE property. I just looked at my wife—who had battled sexism, and who—as a very beautiful woman—had battled stereotypes all her life. And moreover…maybe even mostly…because my wife was unconventionally intelligent she had often been belittled or overlooked. I just thought that if we could make a difference in one life, it would be to raise a woman who had my wife’s strength and sense of self.

What do you mean, “unconventionally intelligent”?

D: Well, it’s not a 1 for 1 comparison…Messy vs. my wife. But look at what we consider “intelligence”. It’s all Math and Science. Even in the schools. And within business it’s all about corporate-speak and being one of the boys. I know because I’ve been there. Today they are starting to talk about “emotional IQ”, but I think it goes beyond that. Because my wife knew herself so well, had done “the hard work” as they say, she had exceptional insight into people and things. But that was often discarded or overlooked because it didn’t come in the proper vocabulary or the accepted form. When we worked together I used to tell people, “She may not be right about what’s wrong, but if she says there’s something wrong then there’s something wrong.” It’s because she could sense the truth of things, of people. The genuineness of something. If you look at our world, there’s a lot less need for Math and Science than there is for a sense of understanding and truthfulness and honesty and compassion. Unfortunately they don’t have test for that.

And you bring that to Messy?

D: That’s all too deep for a children’s book. I just try to include the spirit of what my wife was. Never taking anything at face value. Never accepting a view of herself that didn’t resonate with her own sense of truth. Adventure. Imagination.

JOIN SOME MESSY ADVENTURES WITH ANNE. PURCHASE YOUR COPY TODAY!

We are so happy so say that author Charlene Keel will be participating in the The Romance Reviews’ Mega Anniversary and Valentine’s Party!

That said, you can enter to win Charlene’s steamy new romance novel “The Congressman’s Wife” — as well as tons of other prizes including a $200 amazon gift card! Good Luck to all our fans who enter!

About “The Congressman’s Wife”: All Eden Bancroft has ever been to her high-profile politician husband is a trophy wife, born and bred for the part.  She believes she has no choice but to play it—until she meets a talented chef and restaurant heir who makes her feel loved for herself alone. The more her husband uses and belittles her, the more deeply Eden falls for Kaleb.  Even with Mitchell’s congressional campaign in full swing, the lovers manage to find brief stolen moments together.  When her husband is wounded by a bullet from a disgruntled lobbyist, Eden must stay by his side.  What she learns can set her free, if she has the courage to take a stand.

“The beautiful wife of a would-be congressman falls for a sexy chef in this steamy debut novel . . . A spicy outing that should feed readers’ hunger for romance.” —Kirkus Reviews

We are delighted to say that Robin at the “My Pen Name Only” Blog has just given Emma G a 5 STAR Review!

So a Big Thank You to Robin for taking the time to read and review our book.  Here’s how Robin summed it all up:

“For allowing us into Emma’s life, and for allowing older readers to relive those days when they had a heartthrob like Emma, I’m giving this book 5 STARS”

You can read the full review here:
MyPenNameOnly.wordpress.com

AND, more good news for us, Emma G. Loves Boyz is now BACK IN STOCK at amazon!

Welcome to Messy Anne Mondays… where we’ll be sharing some fun quotes and Messy-isms from our favorite little girl, Messy Anne 🙂

Messy doesn’t mean to be messy… she just can’t help it!

Messy Anne is a dynamic little girl with a big imagination, and although she may make mistakes along the way, she will never make the same mistake twice. The Messy Anne series is about empowering little girls to be themselves and not be afraid to tackle and unravel problems that may come their way.

Click here to read about Messy Anne’s adventures as she tackles the Monstrosity that lives in her bedroom closet! 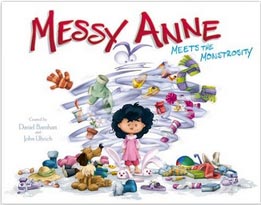 if bookworms ruled the world

Oh, if only Bookworms Ruled the World!